You are not connected. Please login or register
2 posters

The Casa Linda Theatre was a single screen theatre that became a twin in the 60s, and two more screens were added later. The upstairs theatre, which once was the balcony was the nicest of the four screens! It had rocking chair seats, and a curtain on the screen. It had two disco balls that gave quite a nice effect between shows.

I managed this theatre in 1993-94. This picture was taken in January 1993. It actually had 4 screens at this time, but the city of Dallas wouldn't let us change the number on the sign from 3 to 4. 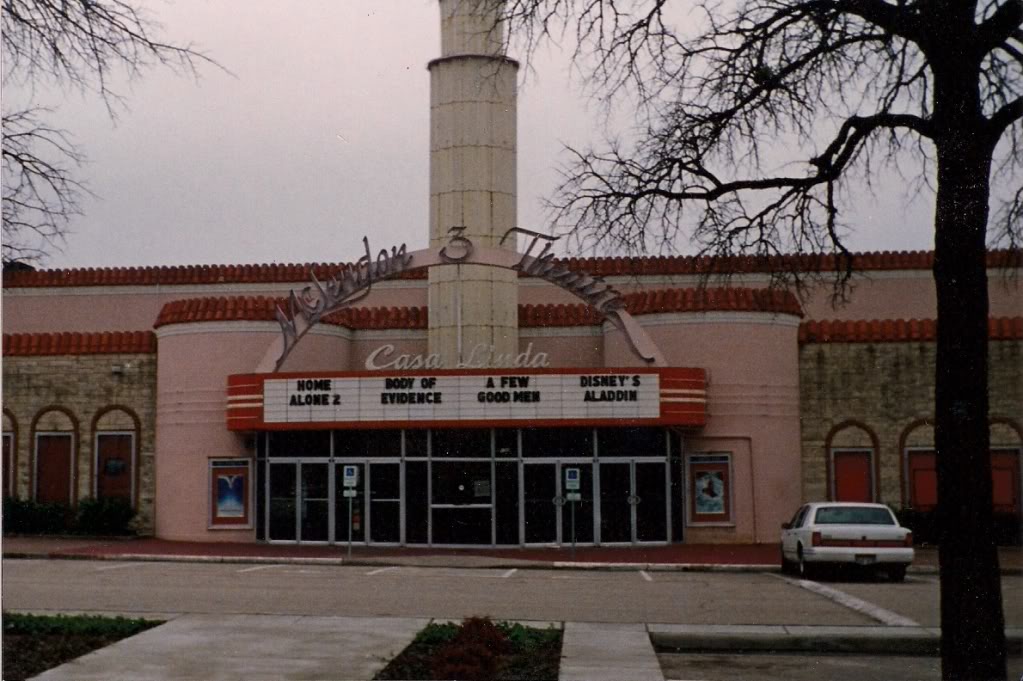 Funny, I have had two calls on this theatre in the lst two months. Still some interest. But as the real estte fellow have flipped this over the yhears, they have ended up with only 70 dedicated parking spots for the theatre. That would only allow about 210 seats. Shame.