Here is an abandoned Drive In in East St. Louis: 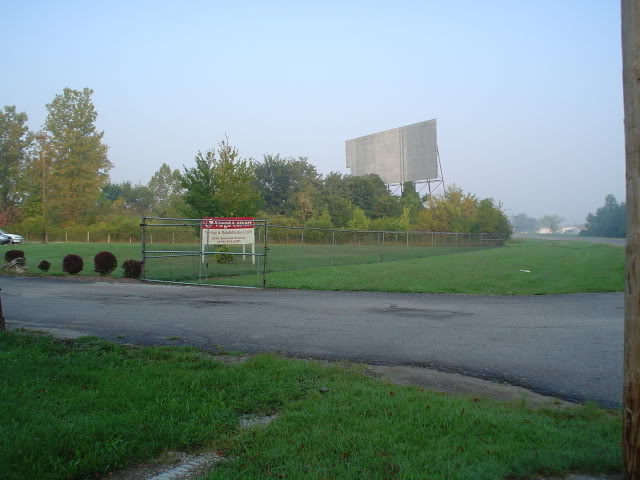 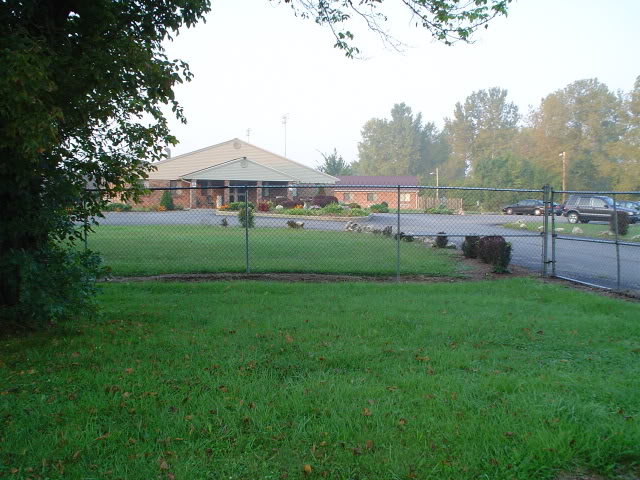 Re: Drive In Theatres

The French Village Drive In Theatre screen and box office was still standing when I left Illinois in 2006. Back in 2002, there was a murdered victim found in the box office. He was a dentist in E. St. Louis who took in two boys to help them out. They killed him and stole his possessions and left his body in the box office of the abandoned drive-in. It was the scandal of East Metro St. Louis for a few weeks. 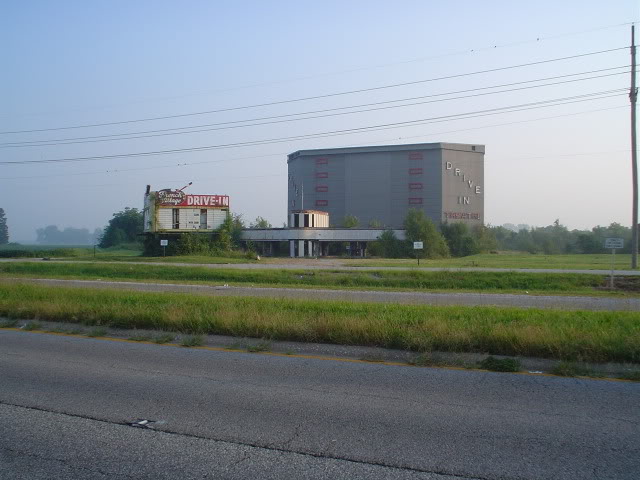 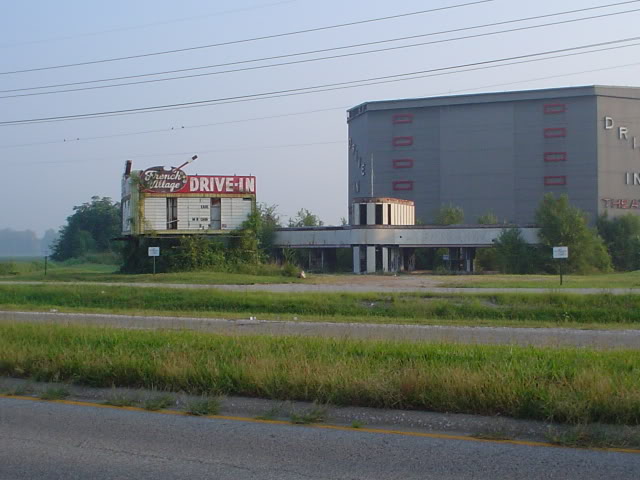 A church bought the property and had plans on tearing the drive in down and building a new church on the property.